Ursula Biemann’s Performing the Border is an exploration of the gendered space of the high-tech maquila zone on the US/Mexican border. It focuses particularly on the murders of young women committed in and around Ciudad Juárez, arguing that this serial sexual violence is of a piece with the serialized assembly work performed within the factories themselves.

The film also examines the notion of the border and the ways in which it is represented. It opens with the notion that the border is portrayed as a wound that has to be sutured, not only by the construction of physical obstacles (fences, walls, and so on) but also through constant electronic surveillance. Yet the film further suggests that were it not for its perforations, the multiple crossings to and fro, then the border would not exist as such: it would be no more than the sum of its physical obstacles.

Hence the notion of the border’s performativity, by which Biemann means a conjunction between material space and discursive space, as well as the tension between the two. The border as metaphor depends upon and is in some sense parasitical upon the gendered bodies that traverse it.

The space of the border is highly gendered in that it draws and exploits a migrant female labor force that works either in the factories, or in domestic employment, or in prostitution. For Biemann, these three placements of female labor and sexuality are complementary, not least in that the low wages paid in the factory system practically compel many women to turn to prostitution to supplement their income, but also more generally in the highly sexualized spaces of entertainment (bars, nightclubs) that have sprung up around and about.

Ironically, some of this sexualization is a result of the ways in which the maquilas’ remapping of gendered relationship allows also for the expression of women’s desire in new ways: it is women who are now the bread-winners of the family, or these are women who have been disconnected from the families that they have left behind in the migration north. 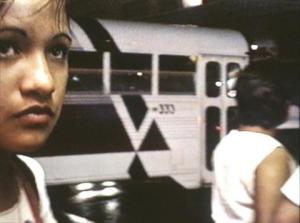 Overall, Biemann suggests that in the border zone a series of fundamental distinctions become blurred: the boundaries between self and other, subject and space, city and country, inside and outside, nature and artifice are also questioned as robotic, repetitive assembly work fragments women’s bodies, making them disposable and marketable components.

Finally, these are the conditions in which a new kind of serial killing emerges. Serial murder is traditionally connected with industrialization and urbanization. It echoes the repetitious dehumanization typical of the assembly line. Biemann implies that this new mode of postmodern industrialization, outsourced to the fringes of the nation state, also enables a new type of serial murder in which the killer is as anonymous and interchangeable as the object of his violence. There is no one serial killer in Ciudad Juárez; there are many, perhaps a majority of whom have themselves killed only one women but who insert themselves into a standardized pattern established for them by an economic and technical logic of outsourcing.

In the border zone, as all boundaries are in flux but gender is insistently performed and gender relations brusquely refashioned, dispossessed men who find that their identity has been reduced to statistical quantity, or to the simulation of patriarchy, violently seek to demarcate the one fundamental difference that remains, that between man and woman.