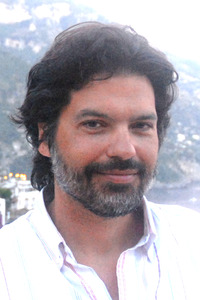 [The other week there was a small book launch for Posthegemony here at UBC. My colleagues and friends Brianne Orr-Alvarez, Oscar Cabezas, and Gastón Gordillo all presented critical reviews of the book. Here, by kind permission, is Gastón’s…]

Jon Beasley-Murray’s Posthegemony: Political Theory and Latin America is a groundbreaking proposition to abandon the concept of hegemony that may allow us, paradoxically, to re-politicize and reinvent our understanding of hegemonic formations.

Some clues about this theoretical direction are in the book’s title, an intriguing one given that this is a work firmly committed to philosophies of affirmation. Posthegemony, after all, is a phrasing defined by negativity. “Post-things” are things that negate what precede them. And, indeed, Beasley-Murray frames his book as a negation of hegemony. He critically dissects the concept of hegemony and shows how its alleged rationalism, its transcendent connotations, and its emphasis on ideology and representation cannot account for immanence, affect, and habits in the production of politics. And he suggests that we abandon the concept altogether. We live, after all (always have), in post-hegemonic times. And this negation of hegemony is followed by an affirmation: a call for a political understanding of affect, habit, and the multitude.

Yet hegemony is still in the title. Affect, habit, multitude are nowhere to be seen. Preceded by the “post,” what is negated is present, as if in trying to move beyond it Beasley-Murray is still drawn to hegemony. This distancing and incorporation pervades in fact the entire manuscript. Posthegemony is haunted by the ghost of hegemony and, in particular, the ghost of Antonio Gramsci, which is a powerful absence in the book, engaged in only one paragraph yet always there in a phantom form.