A particularly fine video (amazingly, it seems it was shot with only one camera) of the Catalan tradition of building castells:

There’s much to be said here about bodies, tall buildings, sovereignty, and community. Indeed, in some ways these castles are almost literal embodiments of the famous frontispiece to Hobbes’s Leviathan. A multitude constitutes the temporary illusion of sovereignty. 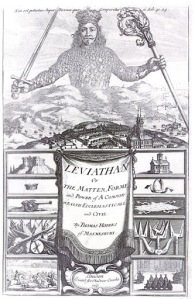 So what’s fascinating is the discipline and coordination invested in the construction of these human towers. But also their inevitable precariousness.

Today, in what is apparently an unprecedented move, a state of emergency has been declared for Washington, DC. (Via Subtopia, and go read the whole post.)

It’s a serious business painting the sovereign. And it remains so even when, as in the most recent instance with Rolf Harris’s commission, entrusted to a comedian.

Rolf is one of those Australians probably better known in the UK than in his homeland, in that he has taken it upon himself to represent the Antipodes to the (former) motherland. This he has done through a musical oeuvre that began with “The Wild Colonial Boy” (Rolf Harris Thursday Night at the Down Under Club London [1957]) and notably includes “Tie Me Kangaroo Down Sport” (Relax with Rolf [1960], but much reprised since).

Rolf crosses genres with gusto: he has inducted the Brits into the sound of the digeridoo, and has also spent much screen time demystifying the world of high art, with his mid-composition catchphrase of “Can you see what it is yet?” (One must imagine Michelangelo shouting down the same question from his scaffold while halfway through the Sistine Chapel ceiling.)

And as Rolf’s trademark goatee has slowly turned white with age, British television viewers have come to see him less as an over-chirpy annoyance and more as the object of some affection. He is, after all, in many ways our creation, a fixture in the media landscape since time immemorial and for reasons long since forgotten.

The same is, mutatis mutandis, true of Queen Elizabeth II, of course. Like Rolf, the queen is a hangover from a previous age: born into Empire, and still intangibly associated with that curious and much misunderstood international organization, the Commonwealth; her contours gradually softening in old age; for most of us, she has simply always been there, consistently if periodically mentioned in the media, with a glitzy special on the telly at Christmas. So it makes a certain sense that Rolf should be her latest portraitist.

(Hitherto, Rolf’s closest brush with the political came with Margaret Thatcher’s unexpected and emotional revelation on Desert Island Discs that his version of “Two Little Boys” was her favourite song of all time.)

Rolf declared that his aim was to represent the queen as “one of us.” To put a smile on her lips, and so also on ours. Queenie would be everybody’s granny: a little rumpled, a little out of it, sitting in the corner, mostly ignored as the conversation goes on around her.

Close up, however, Rolf also manages to give the Queen’s eyes a maniacal glint. Does this pensioner’s harmless façade harbour untold dreams of power?

For Rolf reveals the real predicament of representing royalty: how to give a sense of the monarch’s two bodies, the mortal and the juridical. With Rolf’s portrait, it is in the eyes, but also the rather awkwardly rendered hands, which reveal not only our artist’s struggles with draughtsmanship, but a definite tension, too. The queen is sitting under some kind of duress: she’d rather be with the corgis. But here she is, paraded again for our inspection, the face (and head) of state.

The University of Chicago Press’s reissue of Carl Schmitt’s Political Theology has a new Foreword by Tracy B. Strong. (I guess that’s really his name… [and see Jodi’s comment on this post]) It’s a thoughtful and smart take on Schmitt, aligning him ultimately with Weber as a thinker concerned above all about the bureaucratization and so elimination of politics effected by modern technological rationality. Strong stresses therefore Schmitt’s humanism, and suggests that this, however counter-intuitively, is what led him ultimately to Nazism:

In this context, Strong also notes the connection, for Schmitt, between the exception and the miracle: “The exception in jurisprudence is analogous to the miracle in theology” (Political Theology 36).

Strong’s engagement with Schmitt’s Nazism is well-handled: neither the occasion for simple denunciation, nor for any kind of exculpation. He frames his analysis with a discussion of Schmitt’s identification with the eponymous “hero” of Herman Melville’s Benito Cereno. Indeed, Strong reports, “in a letter apparently written on his fiftieth birthday in 1938, Schmitt signed himself as ‘Benito Cereno'” (ix). He summarizes the novel’s plot as follows:

The title character in Benito Cereno is the captain of a slave ship that has been taken over by the African slaves. The owner of the slaves and most of the white crew have been killed, although Don Benito is left alive and forced by the slaves’ leader, Babo, to play the role of captain so as not to arouse suspicion from other ships. Eventually, after a prolonged encounter with the frigate of the American Captain Delano during which the American at first suspects Cereno of malfeasance–he cannot conceive of the possibility that slaves have taken over a ship–the truth comes out: the slaves are recaptured and imprisoned, some executed. (viii-ix)

There’s plenty of ambivalence in this story, not least when we try to map it on to Schmitt’s own circumstances. As Strong notes, after World War II Schmitt’s identification with Cereno could also serve as a metaphor for his relationship with the (now) occupying American powers. There are many ways in which one could read this story of a world turned (almost) upside-down.

Almost upside-down, that is, in that a white man continues to perform the role of slaveship captain. And the novel revolves around the question of that performance, of its credibility and its effects. In Strong’s words again:

Benito Cereno is about, among other things, what being a sovereign or captain is, how one is to recognize one, and the mistakes that can be made when one doesn’t. (x)

It’s also therefore about the performativity of power, and what happens when the power to decide is displaced from its ostensible location.

Once more, though, ships on the (colonial, Hispanic) high seas serve as the model of sovereignty. And mutiny, treason, on board ship as instances of the threats that sovereignty faces.

Nope, not the postcolonial theorist.

Thanks to my recent membership in the British International Studies Association, I receive news of SAID, the “Sovereignty and its Discontents” seminar. Their purpose is as follows:

It is clearly the right time to reassess the value and meanings of the concept of sovereignty. Trends in world politics are contradictory, and more fluid than they have ever been. The SAID workshop situates itself at the forefront of this debate, and aims to push the discipline of IR into the twenty-first century. (BISA News 8)

SAID are pushing (perhaps even inspired by) my friend Bill Rasch‘s book, which likewise goes under the title of Sovereignty and its Discontents. But Rasch’s perspective is basically Schmittian (albeit with all the caveats that such an assertion requires these days), while SAID’s would seem to be much more conventional International Relations, with an emphasis on (a global?) civil society.

Anyhow, they have a whole number of texts uploaded to their website. I’ll try to get through some of them one of these days.